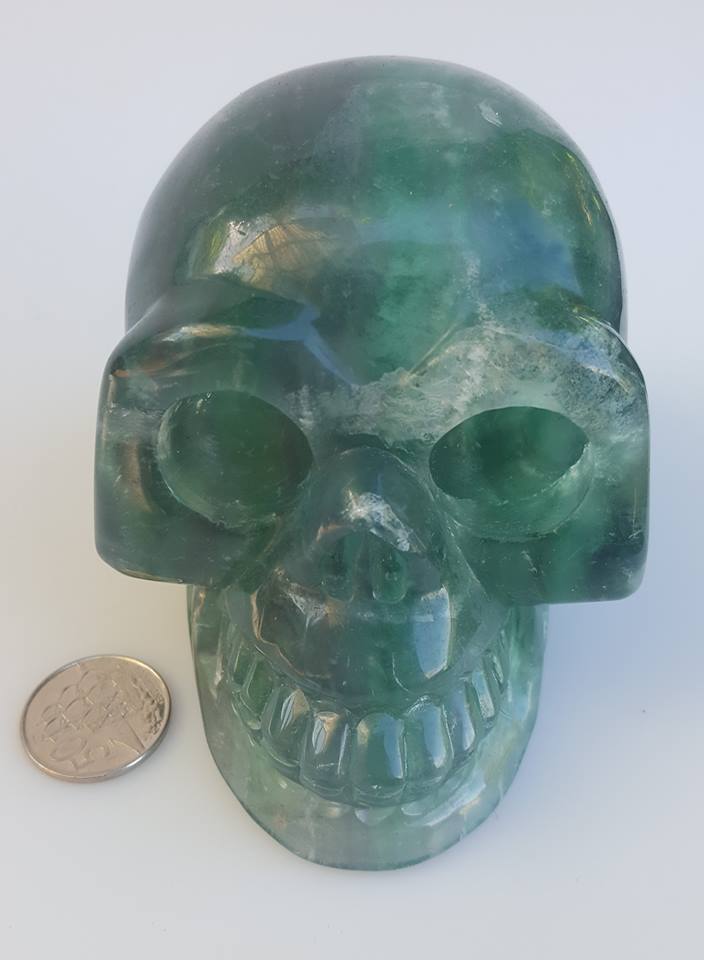 On my table at the market I have some little crystal skulls…these little skulls aren’t super old but they are intriguing all the same.

“The crystal skulls are human skull hardstone carvings made of clear or milky white quartz (also called “rock crystal”), claimed to be pre-Columbian Mesoamerican artifacts by their alleged finders; however, these claims have been refuted for all of the specimens made available for scientific studies.

The results of these studies demonstrated that those examined were manufactured in the mid-19th century or later, almost certainly in Europe during a time when interest in ancient culture was abundant.[1][2] Despite some claims presented in an assortment of popularizing literature, legends of crystal skulls with mystical powers do not figure in genuine Mesoamerican or other Native American mythologies and spiritual accounts.[3]

The skulls are often claimed to exhibit paranormal phenomena by some members of the New Age movement, and have often been portrayed as such in fiction. Crystal skulls have been a popular subject appearing in numerous sci-fi television series, novels, films, and video games.”

Have you ever wondered about how the  Quartz in a watch works?  What about whether or not crystals have an actual value or effect on the wearer and not just a pretty thing that goes with your outfit.  Here is Deana’s view on the topic and yes she has thought about it in depth.

REIGNBOWS is temporally closing down while Deana is waiting for and recovering from Spinal Fusion Surgery.

We should be back somewhere between June and December 2023

If you have any Enquires please email Deana@Deana.co.nz